Travel to the undiscovered regions of Fife and Dundee & Angus to uncover fascinating facts about Dunfermline, once the capital of Scotland, St Andrews, the home of Golf, and the modern city of Dundee, with its newly opened V&A Museum and the RRS Discovery that undertook one of the most heroic voyages of exploration ever. 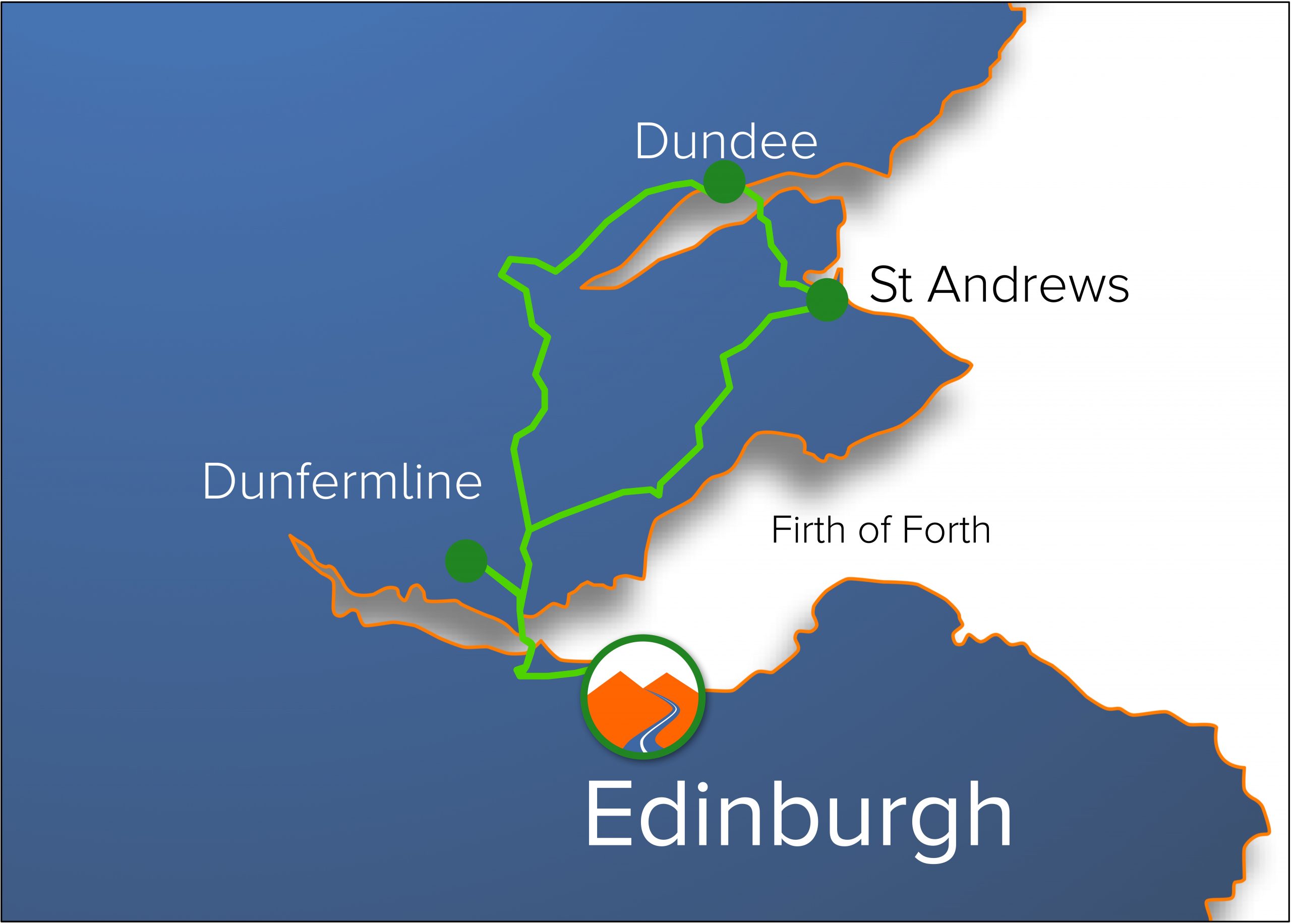 Departing Edinburgh, we travel north for our first stop of the day in Dunfermline. It was once the capital of Scotland and it’s a great place to visit if you’re interested in history. Dunfermline’s heritage quarter includes the 12th century Abbey which is the final resting place of Robert the Bruce and the burial site of 11 other Scottish kings and queens. You can also step back in time in The Royal Palace, Abbot House and St Margaret’s Cave. The famous philanthropist Andrew Carnegie was born in Dunfermline. You can see the story of his life at the Carnegie Birthplace Museum and visit the beautiful Pittencrieff Park which he bought for the people of the town.

We continue to the magnificent town of St Andrews. Here we can enjoy a walk around the town and visit the impressive ruins of its medieval Cathedral and Castle, both rich in history and treacherous stories that will make your spine chilling. St Andrews is also famous for being the Home of Golf and hosting the Old Course, the best known golf course in the world.

With plenty of interesting stories, this town is also particularly dear to the Scots, for hosting the oldest University of Scotland, where John Knox himself, the one who kicked off the process of religious reformation of the country in the ‘500, did his academic studies. Here in St Andrews, there is also something for the fanatics of the British Royal family: William and Kate Middleton met each other here when attending uni, so that you can follow their footsteps. You will have approximately 2 hours of free time to explore the main landmarks and grab some fresh fish from one of the many restaurants or chippy in the area

We travel northwards and once we have crossed the Tay Road Bridge we are finally in Dundee. Here you have the opportunity to visit the RRS Discovery at Discovery Point. In 1901 Captain Robert Falcon Scott set sail in the tall ship Discovery. As part of the epic voyage Scott and his men spent two long harsh winters frozen into the crushing Antarctic ice. Discovery returned home in 1904 to a hero’s welcome and a place in maritime history. The exhibitions are a mix of state of the art audio visual and computer based multimedia, alongside displays of actual artefacts that belonged to Scott and the brave crew who sailed with him.
Just next to the RSS Discovery, lays the newly opened V&A Dundee, Scotland’s first design museum, open from the 15th September 2018.

Loch Leven and the 3 Bridges of the Firth of Forth

We start our homeward journey, passing via the historic city of Perth, as well as Loch Leven and its fortress, where Mary Queen of Scots spent some time back in the ‘500.

Just before entering Edinburgh you will view the three bridges that cross the Firth of Forth: the 19th Century Forth Rail bridge is Scotland’s greatest piece of engineering, and a UNESCO World Heritage Site; the 20th century ‘Forth Road Bridge’; as well as the 21st century ‘Queensferry Crossing’ which opened in 2017.

We will be taking a lunch break and there will always be a cafe or shops for you to buy lunch or just bring a packed lunch.

Please bring cash, as some places do not accept cards.