Experience the beauty of the Highlands of Scotland in a day with interesting historical stories of Clans and Kings, the lavish scenery of Glencoe and the highest mountain of Britain, Ben Nevis and try to spot the Loch Ness Monster in the most famous loch of Scotland. This tour is perfect to get a sample of the extraordinary wilderness of the Scottish Highlands, and see ‘Scotland in 1 Day’. 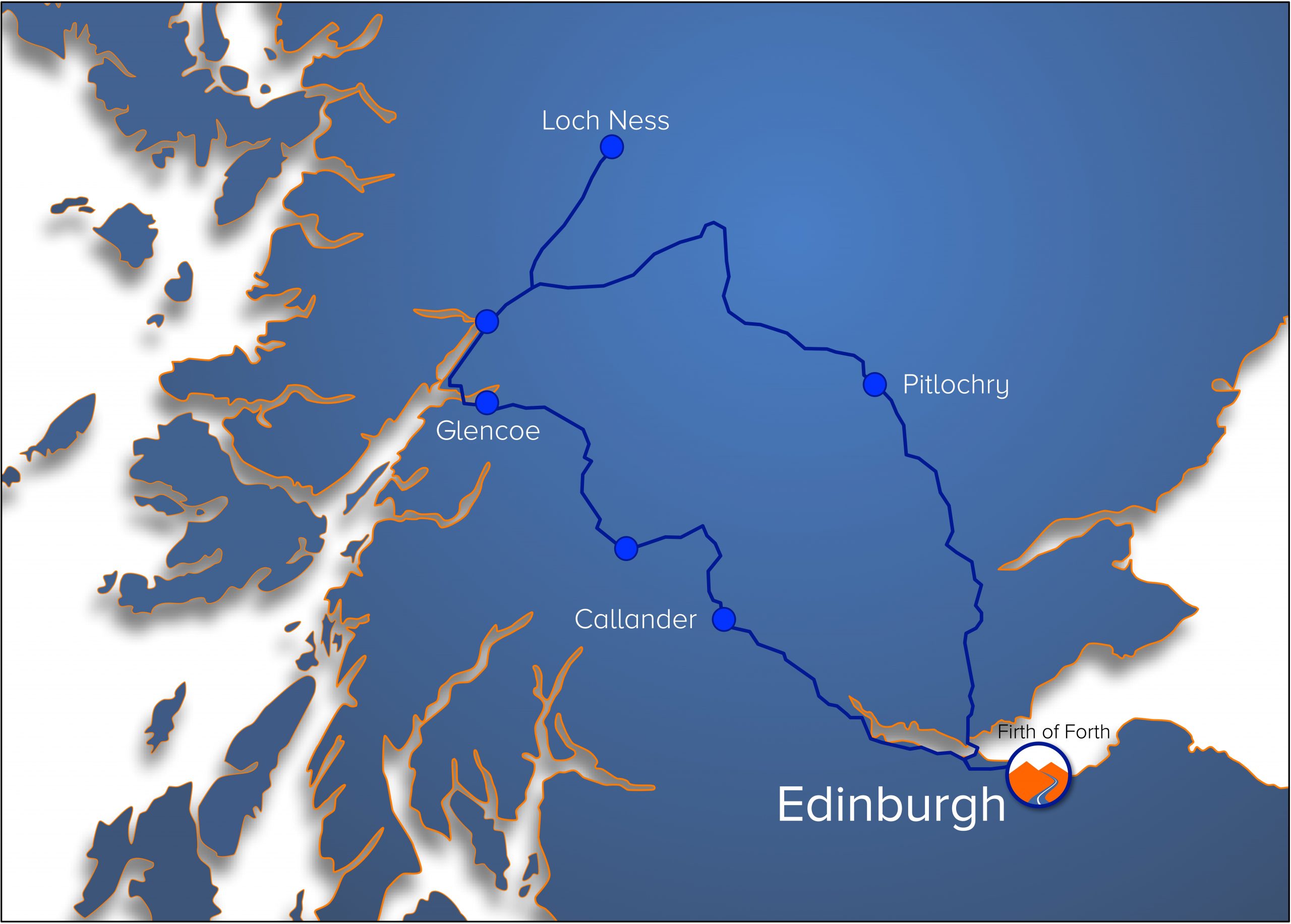 Callander and the Trossachs National Park

The first stop on this tour is Callander, a village founded by the Romans a few centuries ago. Here you will have the opportunity to have breakfast and enjoy the glory of scenery of the Trossachs National Park.

Our bus will then head through Hills, Mountains and Glens, places that were inhabited by Highland Clans.

After crossing the wild Rannoch Moor, at this point of the tour you will see various film locations, including: Outlander, Skyfall and Harry Potter. Here we’ll stop at the Visitor Centre to stretch our legs and take a few pictures of the stunning scenery. Glencoe was the scene of one of Scotland’s most shocking massacres, one of the worst acts of betrayal you’ve ever hear of, that will be thoroughly explained by our guide.

The tour then takes you through Fort William, where we’ll be passing the spectacular Ben Nevis, the tallest mountain in the British Isles. The ‘Nevis Range’ towers over the winding road as you continue your journey to Loch Ness.

We’ll finally get to Fort Augustus where if you are lucky enough you’ll catch a glimpse of Nessie, the Loch Ness Monster. In the picturesque village of Fort Augustus you’ll have the opportunity to stroll along the Caledonian Canal, grab some lunch, and take the optional boat cruise from Fort Augustus. The sonar system onboard scans all 755-feet of the murky-depths, constantly searching for the presence of the Monster, so you can relax and enjoy the views.

You have around 2 hours to enjoy this enchanting village before heading to the Cairngorms National Park.

The Commando Memorial and the Cairngorms National Park

On route, we’ll stop at the Commando Memorial. In 1942, this setting became the training ground for Britain’s Special Forces. A statue of the Commandos overlooks the Nevis range.

Your driver will take you along the banks of Loch Laggan and its dam and finally will enter in the Cairngorms, where if you are lucky, you might spot some of our magnificent wild-life during your drive south.

Last stop on this tour is in Pitlochry. It is largely a Victorian town, which developed into a tourist resort because of Queen Victoria visiting the area in 1842 and the arrival of the railway in 1863. It remains a popular tourist resort today and is particularly known as a centre for hillwalking, surrounded by mountains such as Ben Vrackie and Schiehallion.

The 3 Bridges of the Firth of Forth

As we re-enter Edinburgh from the North, you will be met with views of the three bridges that cross the Firth of Forth. The 19th Century Forth Rail bridge is Scotland’s greatest piece of engineering, and a UNESCO World Heritage Site; the 20th century ‘Forth Road Bridge’; as well as the 21st century ‘Queensferry Crossing’ which opened in 2017. Three spectacular bridges, from three different centuries span the Firth of Forth, connecting our Capital city and the Kingdom of Fife.

By 8:00pm you will be back in the Edinburgh New Town feeling to know a lot more of our beautiful stunning country.